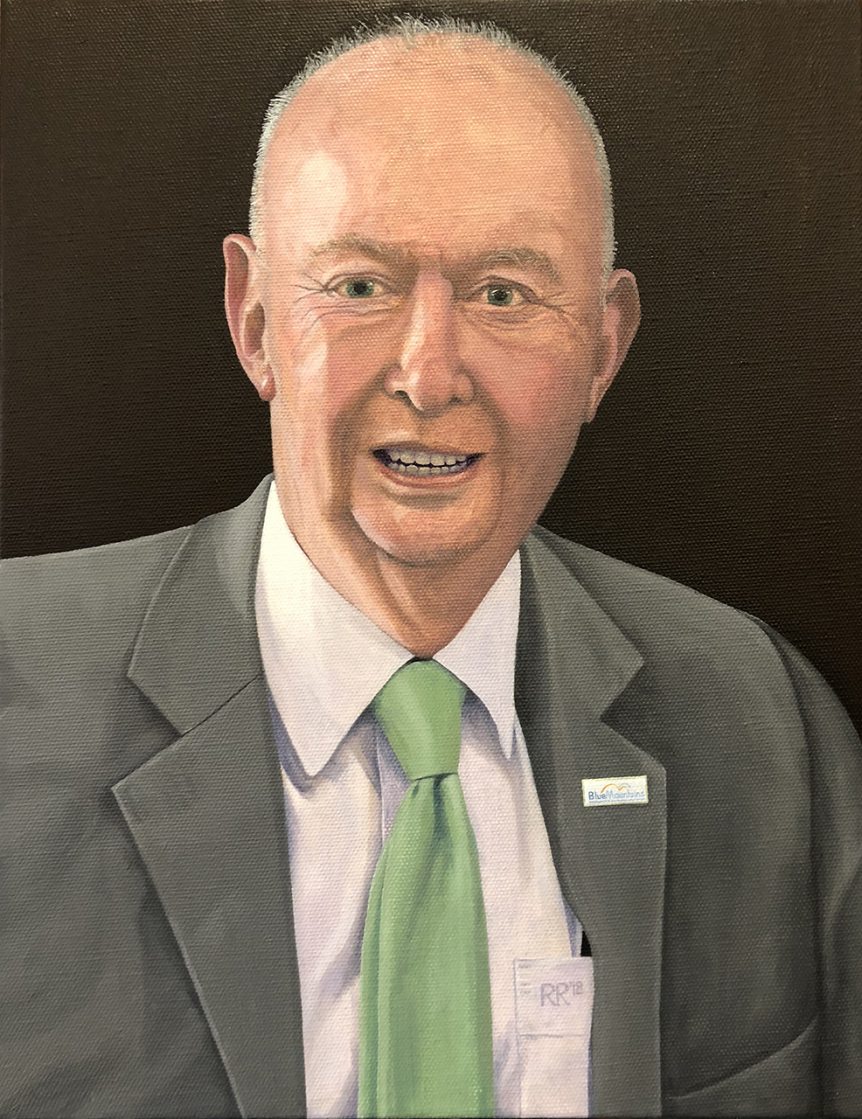 A portrait of a well-respected and much loved educator

I met Val Cook over 25 years ago when he was teaching culinary skills at the then newly established Blue Mountains Hotel School. By then Val had already enjoyed a long and varied career in hotels first in England, where he was born and raised, and then in Africa and Asia, before he migrated to Australia.

In the early 1990’s I was Chief Executive of Select Hotels & Resorts International and my business was a supporter of the Blue Mountains Hotel School, assisting with student placement and promotion. I sat on the Schools Advisory Board for some years. This involvement brought me in contact with Val as he remained and became a permanent fixture at the School.

Val progressed from being a Chef Instructor to the Vice Principal, a father figure and mentor to many of the students who passed through the School over 20+ years. In his final year’s he was the champion of the School’s Alumni. Many of 'Val’s students’ are now in senior positions within the worldwide hospitality industry and those living in Sydney and Australia met regularly. This year, after Val Cook passed away last August 2017, the School’s Alumni funded a portrait of Val to hang in the Blue Mountains Hotel School. They asked me to undertake the project since I am an artist that actually knew him – his wry sense of humour and wit. In addition, my current hyperrealist style would suit what they wanted.

Since I am principally a landscape painter, undertaking Val's portrait has been a real challenge. On top of this there is little photography of him available, most of which shows Val in his last year as an old and sick man. The Alumni committee requested that I portray a younger, healthier and more vital Val.

From the most recent photographs of Val I initially undertook a willow charcoal drawing, depicting him as aged and unwell – see below. This process helped me understand his many facial features. I then photographed the drawing and manipulated its image in Photoshop - regressing the aged face by approximately 10 years. I used my memories of Val and my feelings to guide me in this creative process. I then enlarged the image and used this as my direct reference for the painting. With paint I drew freehand onto canvas.

Val had no close family besides the School, and those who were closest to Val agree that this portrait not only is a true likeness of the man but shows his character as well as the pride he had in the school.

The painting was presented to the Alumni on 11 October 2018 at the Alumni Awards Night at L’Aqua Darling Harbour Sydney. It now hangs in the foyer of the Blue Mountains Hotel School Leura  NSW in honour of the institution and light that was Val Cook. 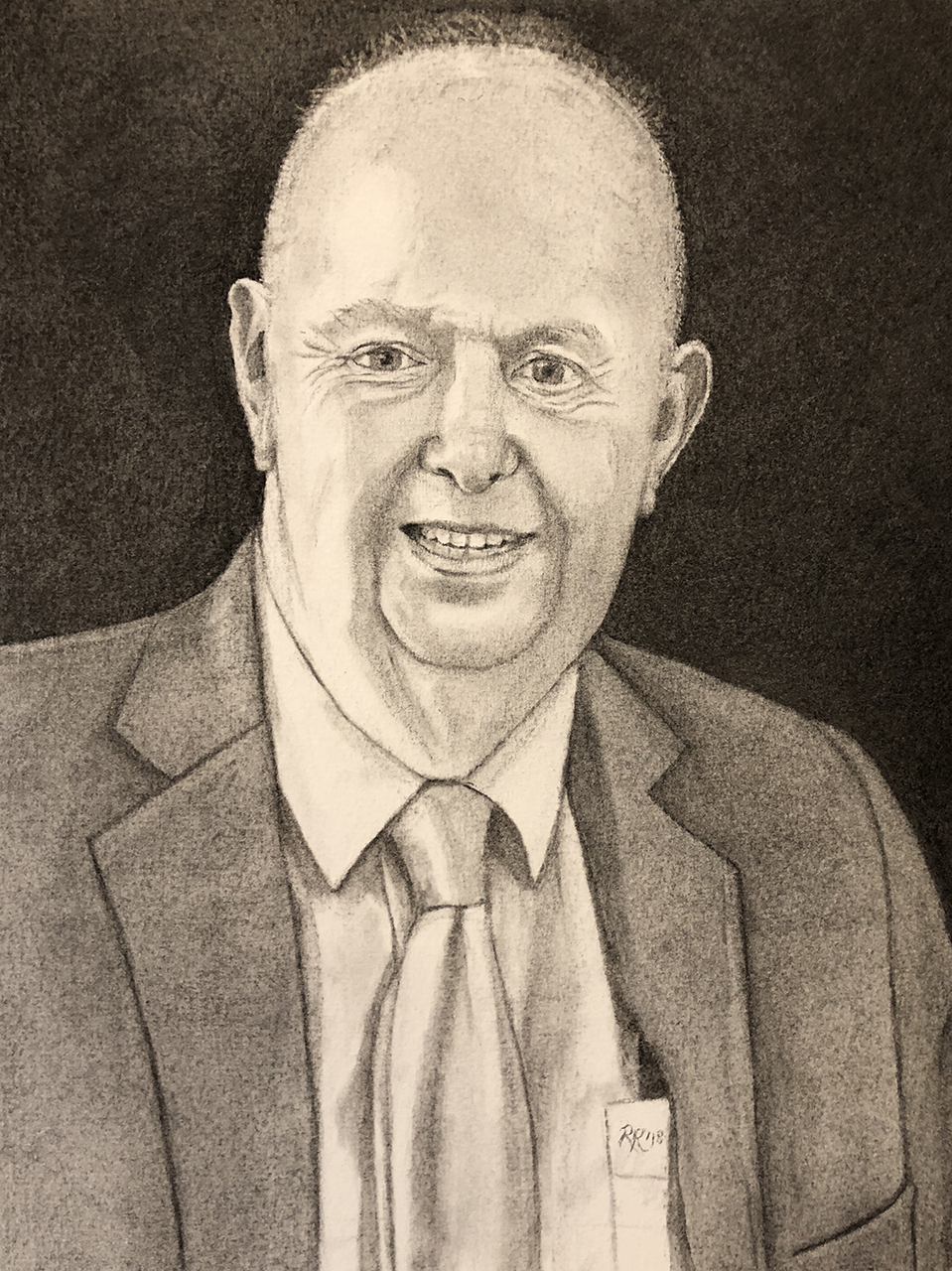 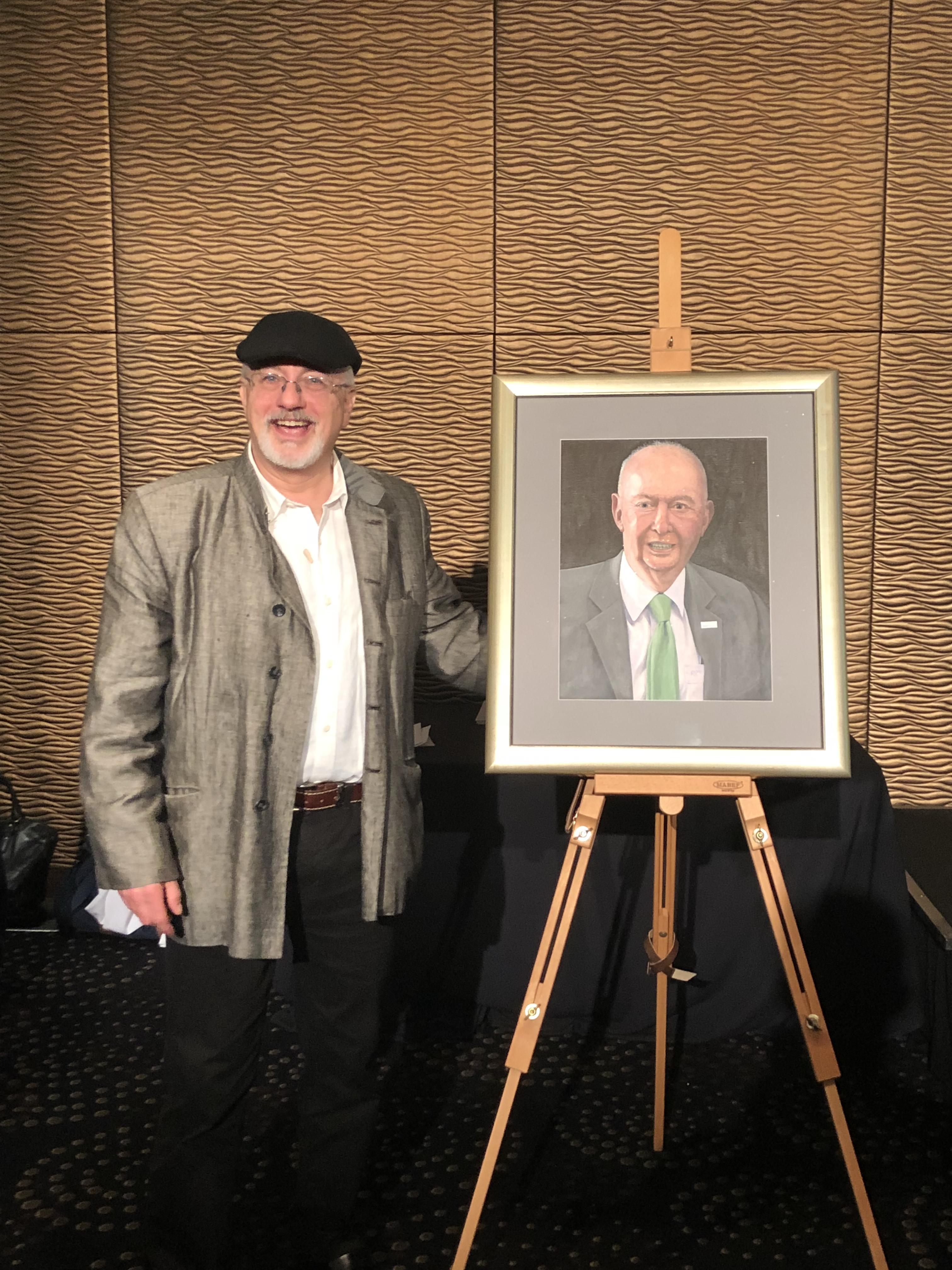 On Thursday evening 11 October 2018 I enjoyed the honour of unveiling the Cookie portrait to a room filled with those that loved him!