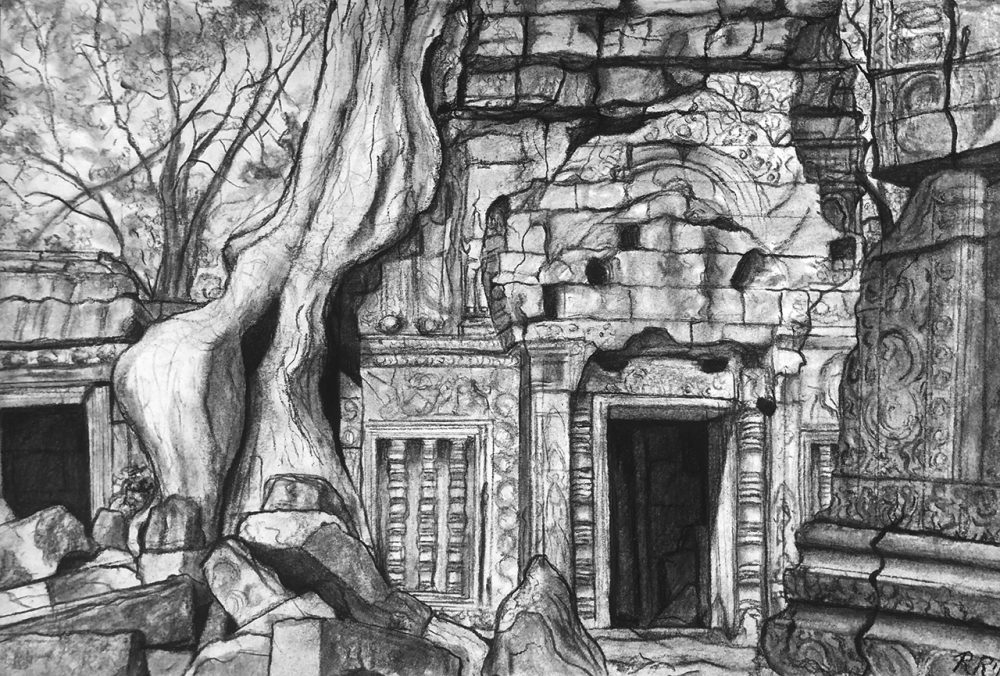 This was my view at World Heritage listed Ta Prohm Temple, sitting down on a fallen stone block for four hours sketching in 34-degree heat and with a constant stream of tourists often blocking my subject.

The temple was built in the 12th and early 13th Centuries and was originally known as Rajavihara ("monastery of the king"). After the downfall of the Khmer Empire in the 15th Century Ta Prohm fell into disuse and neglect, eventually being completely overrun by jungle that literally tore it apart. It was only rediscovered last century.