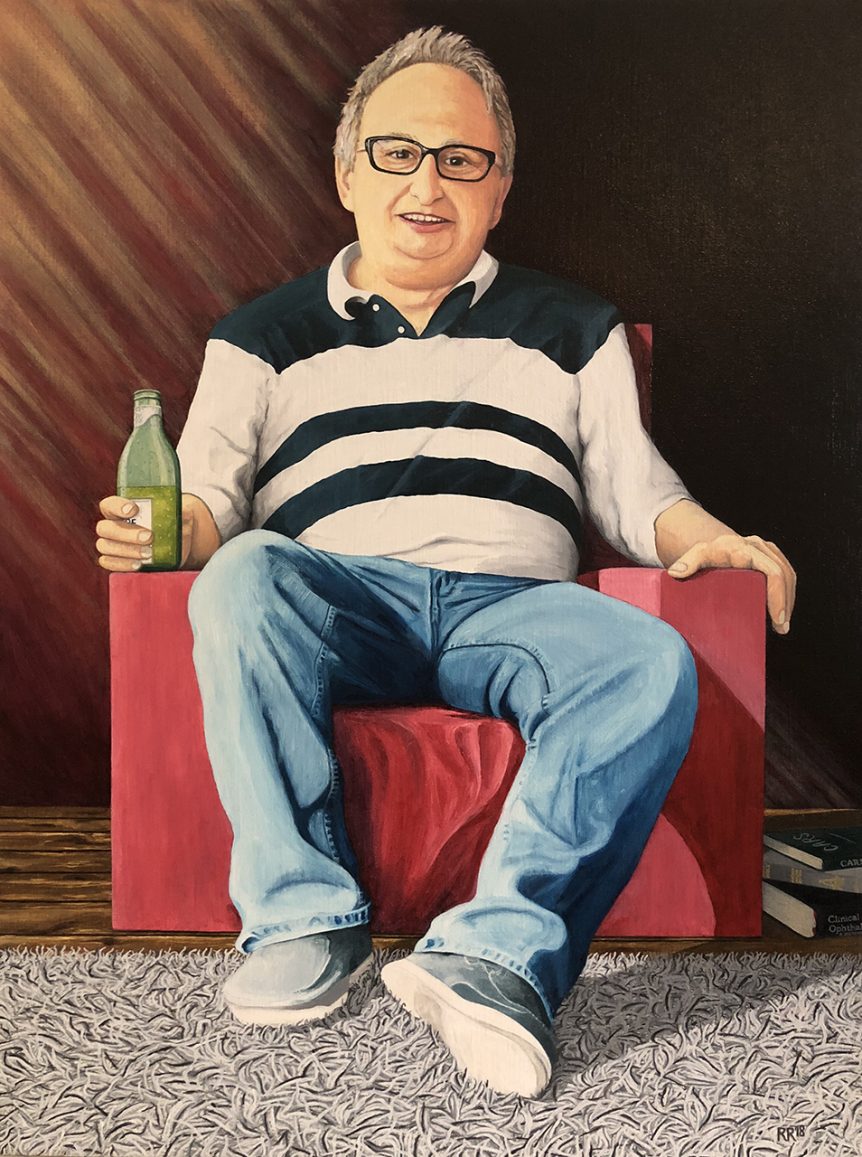 It took me 3 years to start this project. Mick Guray (1955 to 2014) was a dear friend who I had known since we were both teenagers. He was an optometrist by trade, who enjoyed watching sport and always liked a beer. He was a kind and intelligent bloke, easy to get along with and whom everyone liked.

He grew up and lived in the Eastern Suburbs of Sydney; Jewish and the son of holocaust survivors. Mick went to Vaucluse High School, and then to the University of NSW to study Optometry. Bondi Beach and water featured prominently on Mick’s weekly agenda. He loved playing water polo. As a ‘bloke’ Mick also loved his cars. To top it off he was a committed friend to many, always there for some insightful advice.

Mick was an enthusiastic and skilled eye practitioner, and successfully ran an optometry practice in Castle Hill in Sydney’s northern suburbs for many years, though business was never Mick’s strong point. Later he became a locum, and from 2013 onwards bought into a franchisee optometry practice in Westfield Bondi Junction.

Mick passed away prematurely in November 2015 leaving behind a loving family and many friends. This portrait is a gift to his devoted wife Denise, and children Lauren and Philip.

The portrait is contemporary in style. The view of Mick is unusual in that it is from the vantage point of the unseen TV – as if the TV is looking back at Mick. The painting contains a momento mori in the form of three books, the three significant pursuits in his life besides family – optometry, cars and masonic lodge.

I insisted on using my favourite colour of red for the chair – Rose Madder – to me a bright happy colour, and the chair in front of the TV was definitely Mick’s happy space! On the floor is the shag pile carpet, reminiscent of the 1970’s. The 1970s were a wonderful time to grow up with free university education and when youth had a real hope for the future. The 1970s were the foundations of Mick’s easy going character.

You can see my two studies for this painting below: 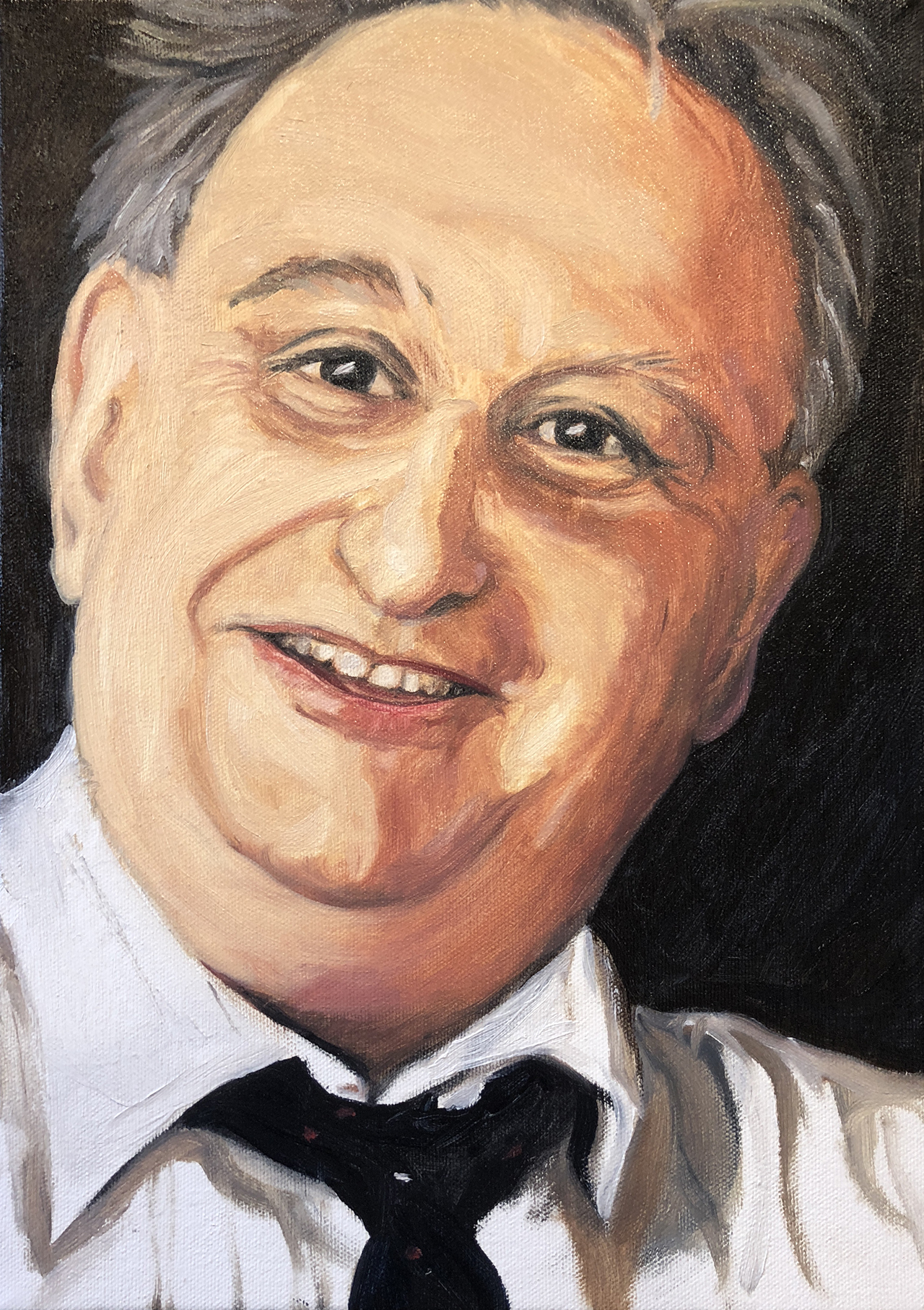