In July 2016 I visited Central Australia, spending several weeks sketching, painting and photographing the dramatic and incredibly beautiful Western MacDonnell Ranges. This exploration formed the basis for a new body of work which became the centrepiece of my last solo exhibition entitled Heart of Australia in September 2018.

The MacDonnell Ranges are an ancient place of big blue skies, blazing red rocks, ghostly white gums and cool deep green gorges. The year 2016 saw above-average rainfall in Australia’s Red Centre, and as a result this barren land was transformed into a green and red wonderland.

Below are my Heart of Australia paintings done in 2017 and 2018. You can also view the supporting original Plein-air sketches in charcoal and acrylic, and a few favourite photographs.

I hope you enjoy this journey into Australia’s heart. 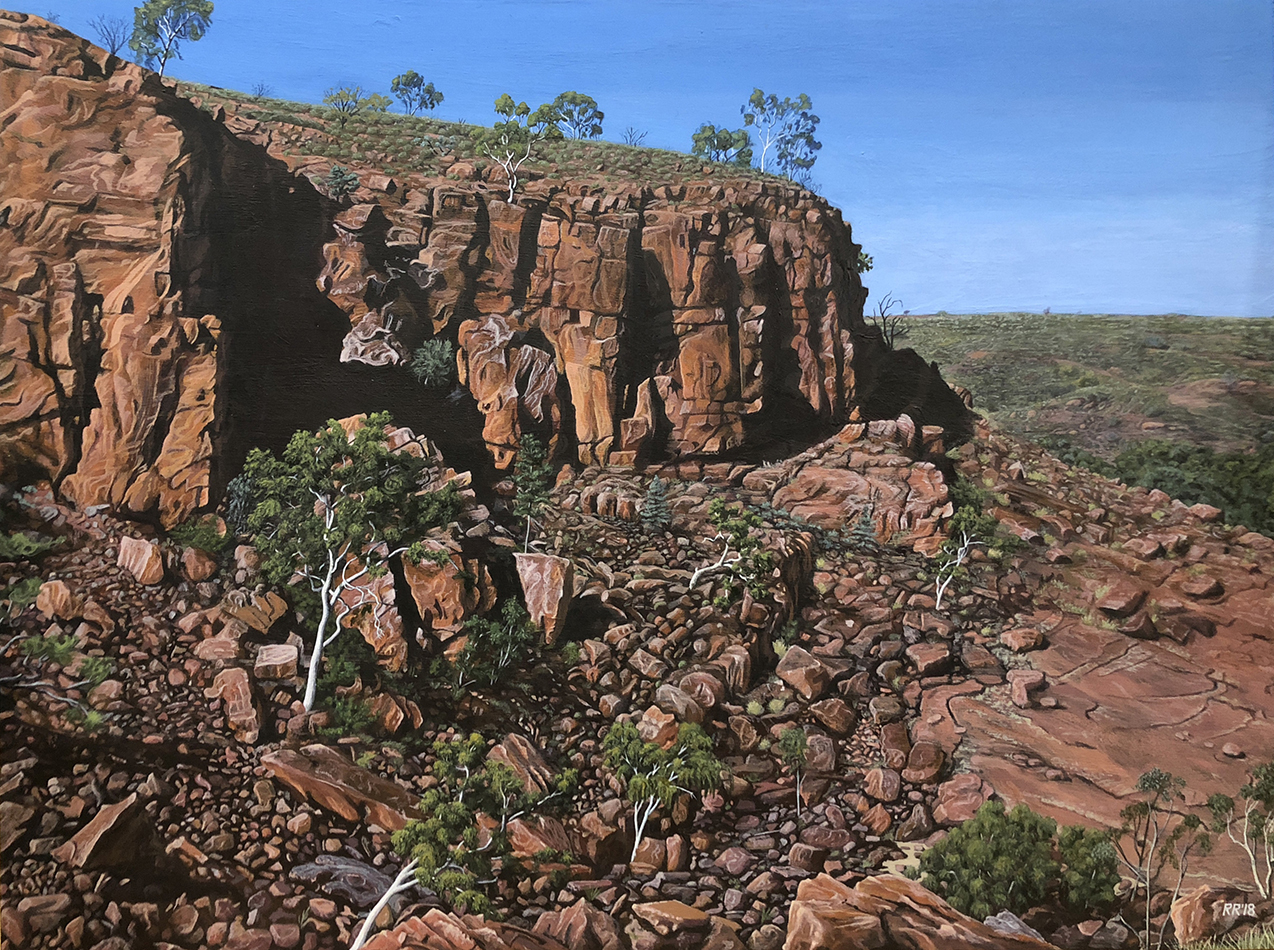 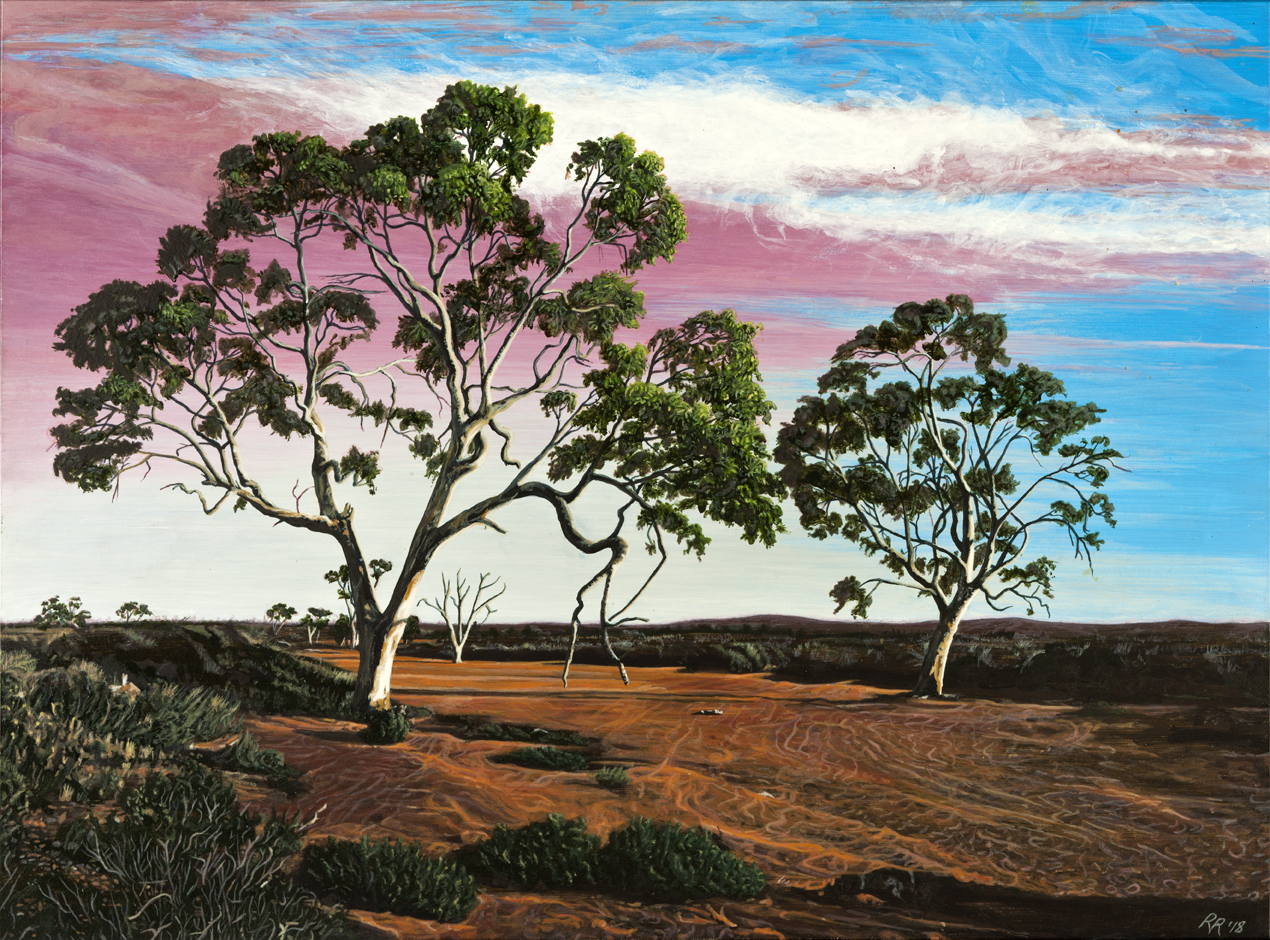 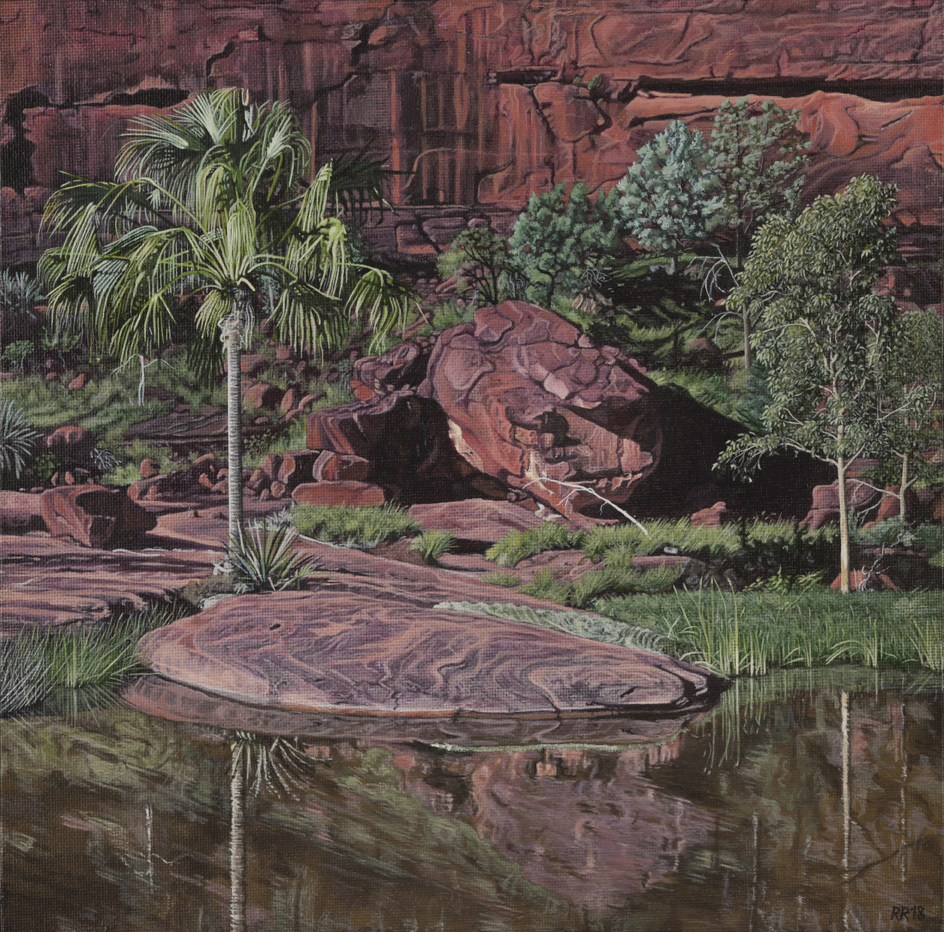 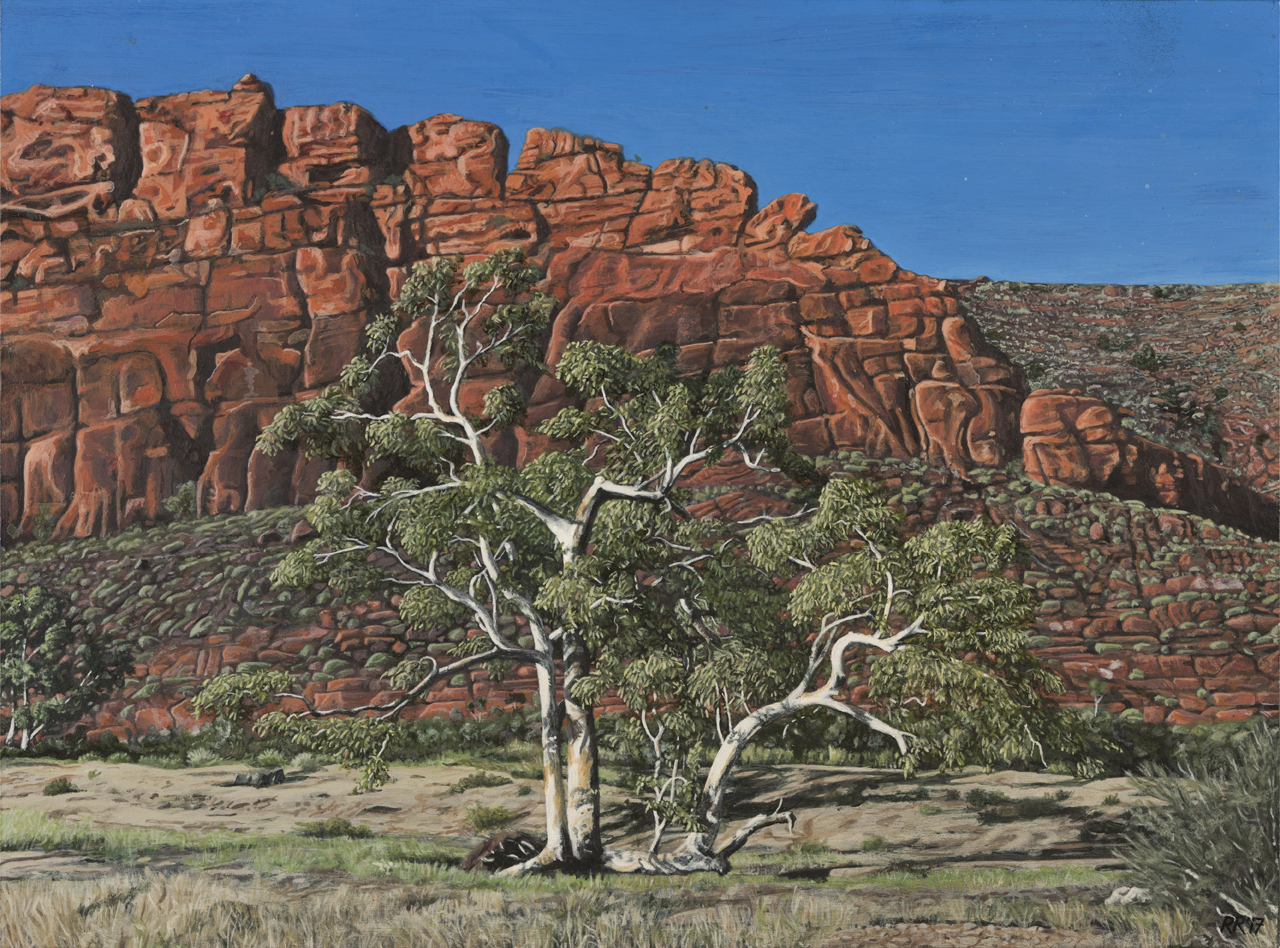 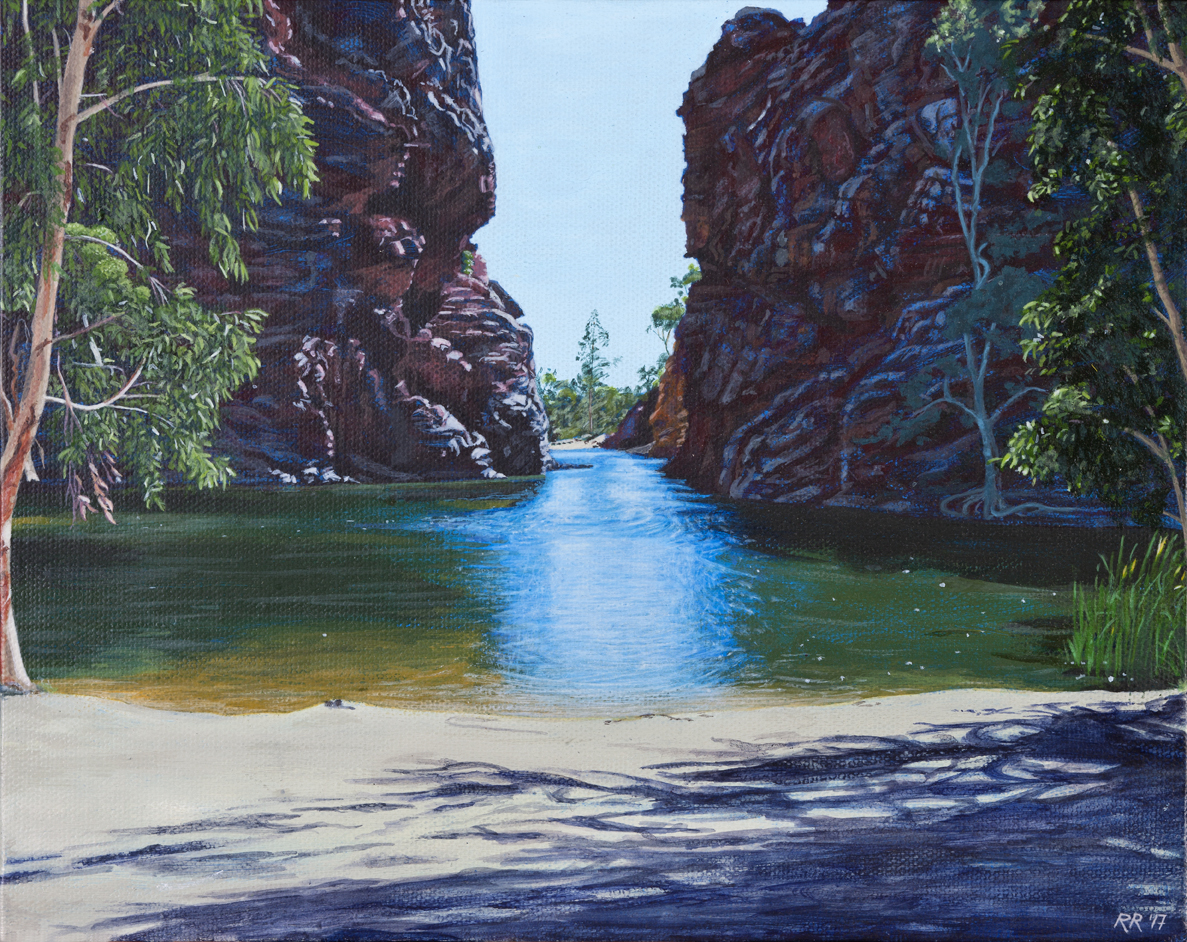 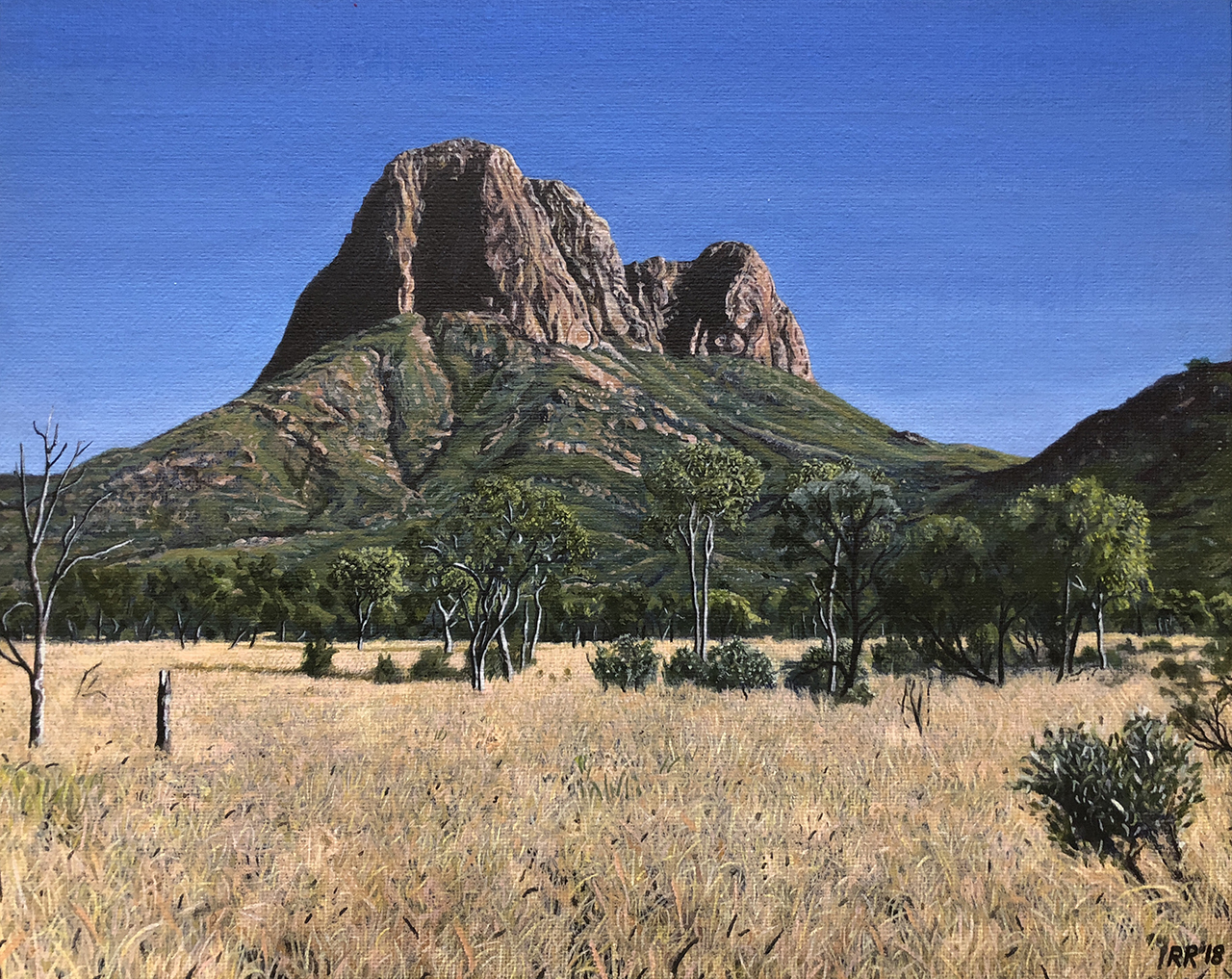 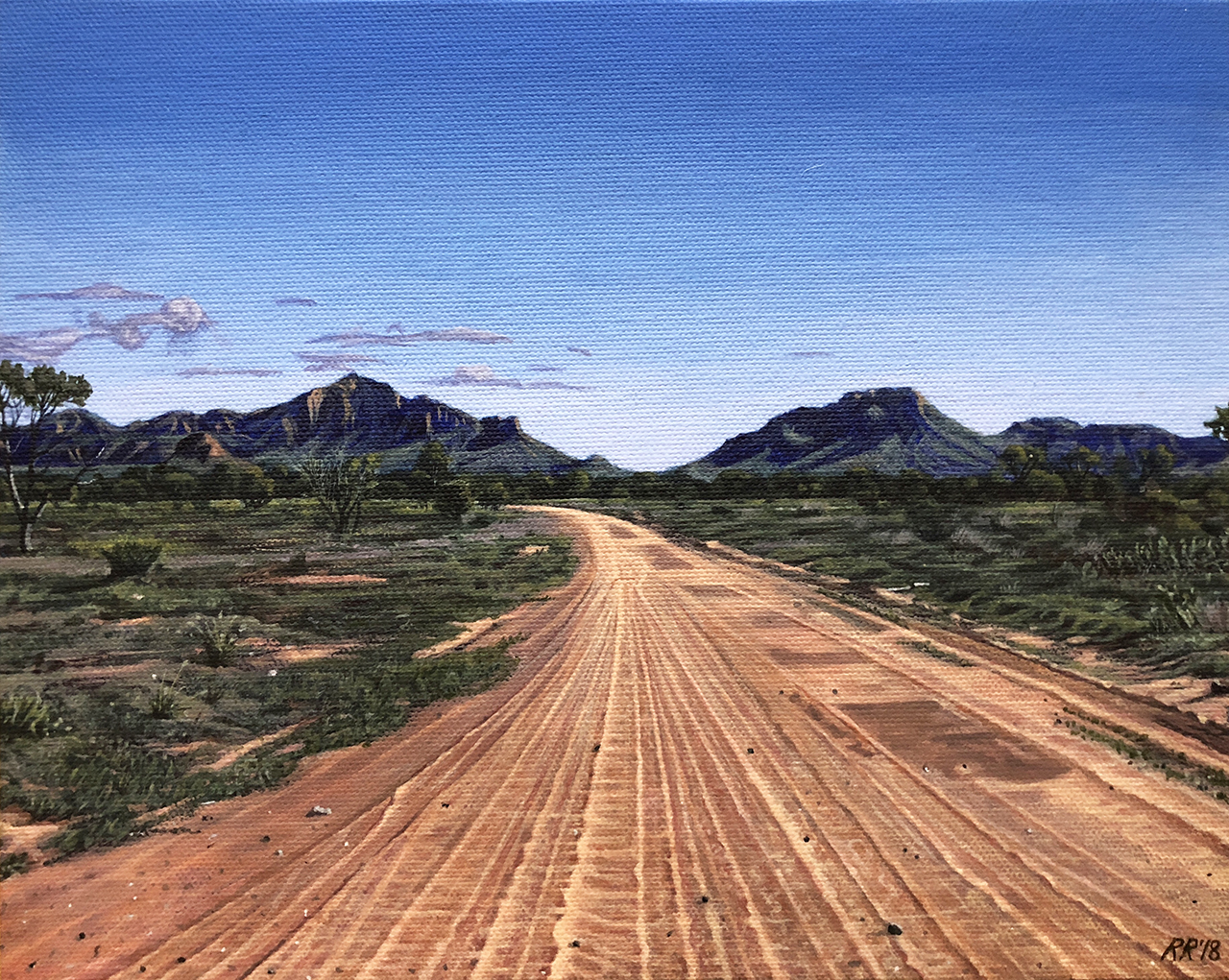 On the road to Papunya 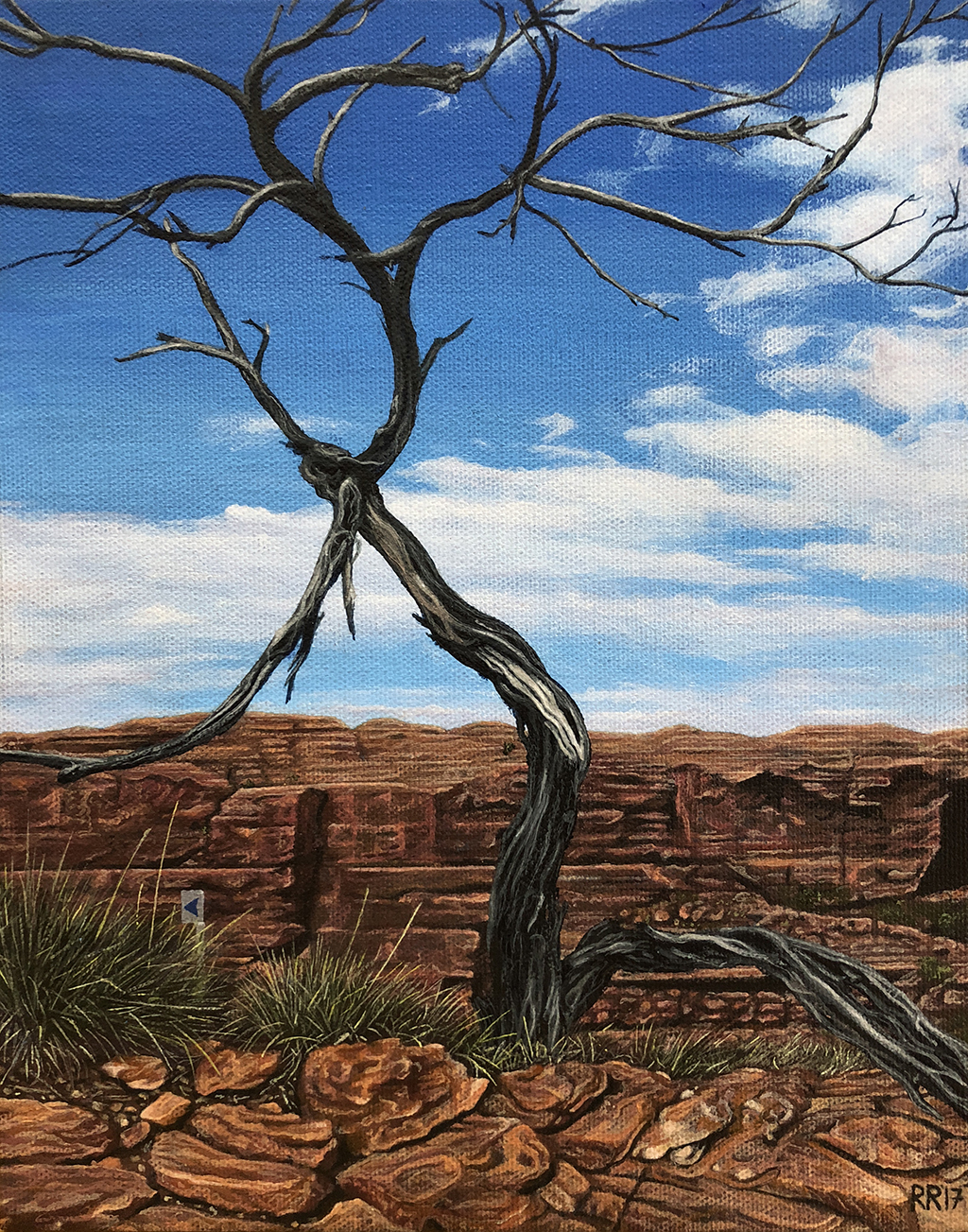 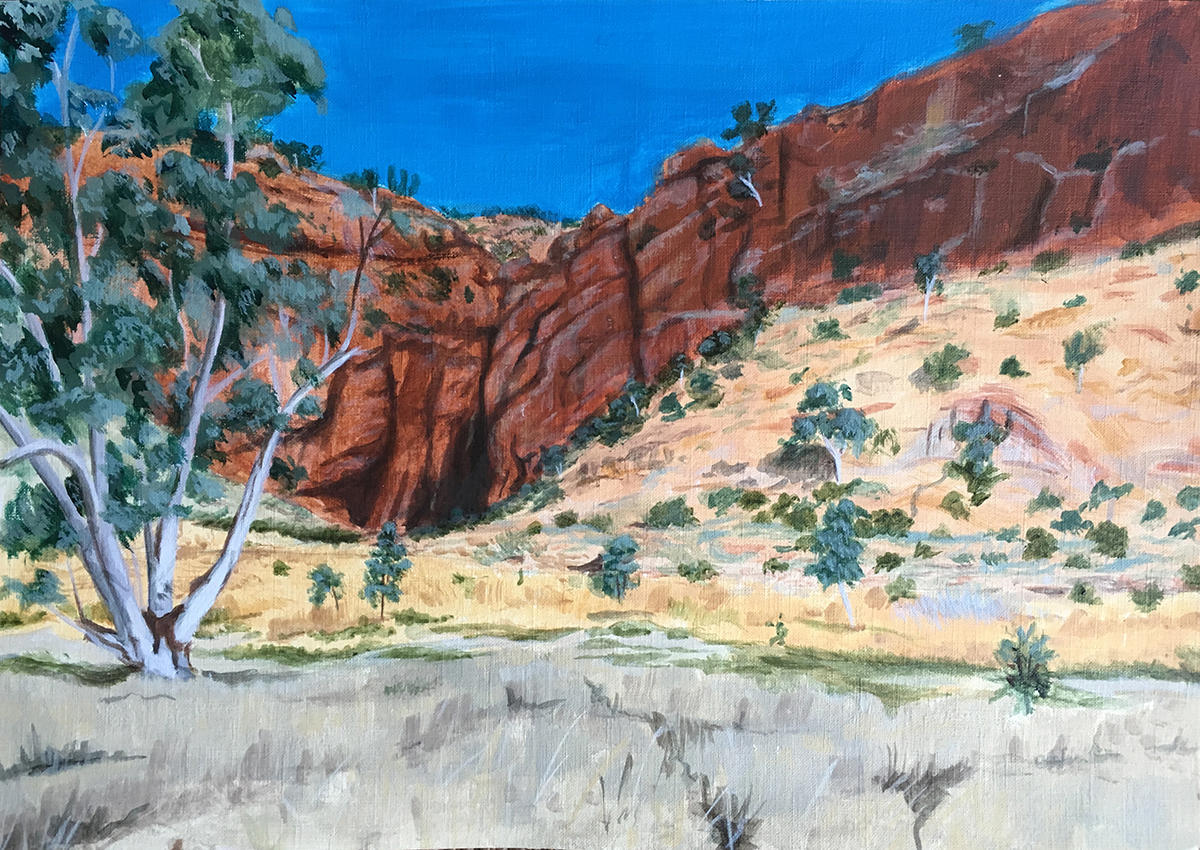