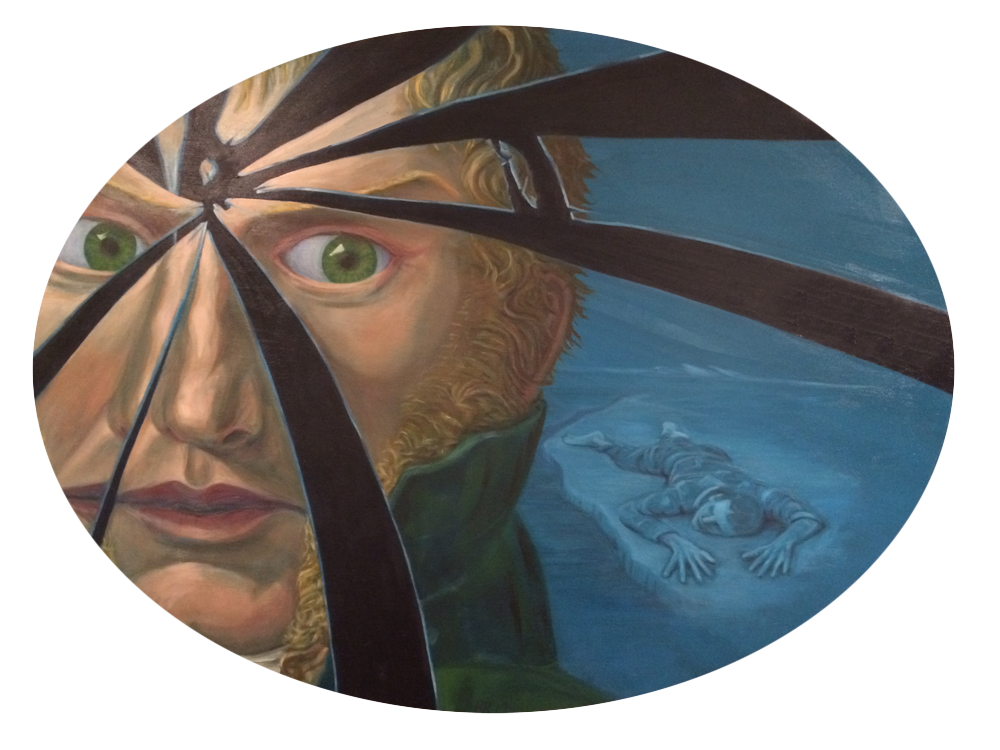 This painting is a transcription of Casper David Friedrich, The Polar Sea, 1823-24.

German Romanticist Casper David Friedrich (1774-1840), painted his Polar Sea as a large history painting depicting William Edward Parry’s 1819–1820 expedition to find the Northwest Passage. At this time interest in Polar exploration was ‘all the rage’. In contradiction to his painting, both Perry’s ships returned to Portsmouth delayed but in tact. So what was he envisaging when including a shipwreck?

I believe the crushed square-rigged sailing ship in Friedrich’s painting is synonymous with the death of his brother Johann Christoffer Friedrich on the ice when Casper was just 13 years old. Casper had fallen through the ice, and his brother saved him but drowned in doing so.

My painting not only depicts Casper David Friederich’s distorted reflection in a shattered mirror; Friedrich at the same time remembers discovering his brother Johann dead on the ice. Both my shards of glass and the jagged pinnacles of ice in Friedrich’s work represent pain.  The Polar Sea presents a lifeless scene, the thoughts of ultimate sacrifice all pervading. 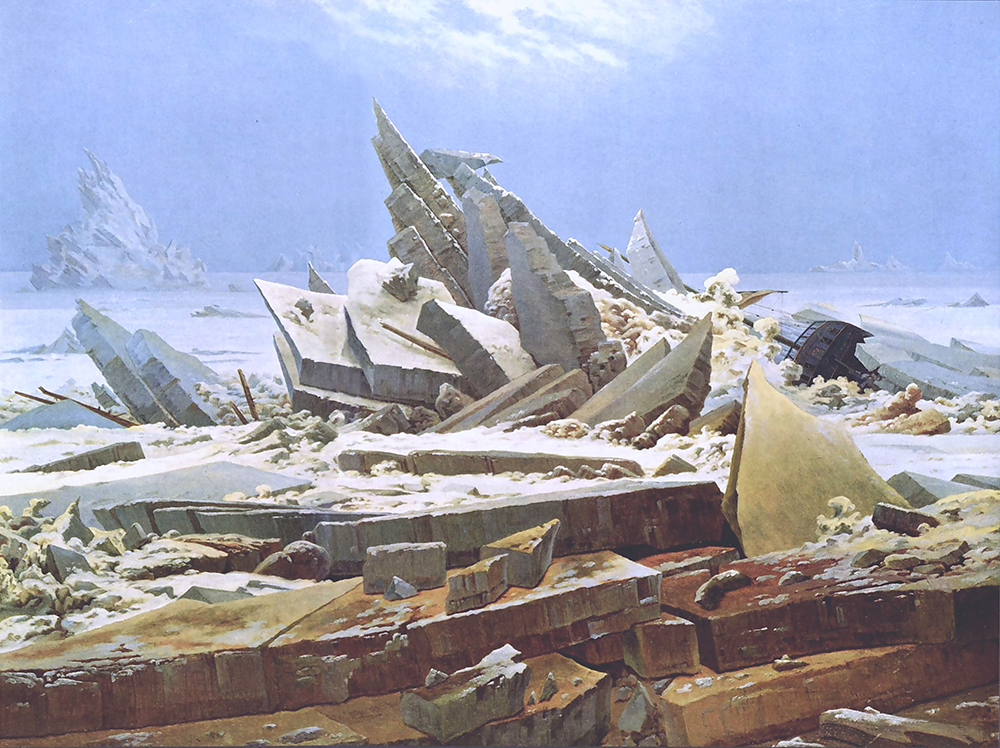